The first of three claims cover 1,738 hectares and is located adjacent to the recently acquired Galvani target. Spodumene-rich pegmatites have already been identified in old workings and outcrops at this property. The other two claims, covering 879 hectares and 523 hectares, are located in the northeastern portion of the prospective Araçuai-Itinga Pegmatite region (See Figure 1).

Blake Hylands, P. Geo., CEO of Lithium Ionic, commented, “We are very pleased with this agreement, which is in line with our strategy of acquiring and consolidating strategic lithium targets in this prospective lithium-producing region.” 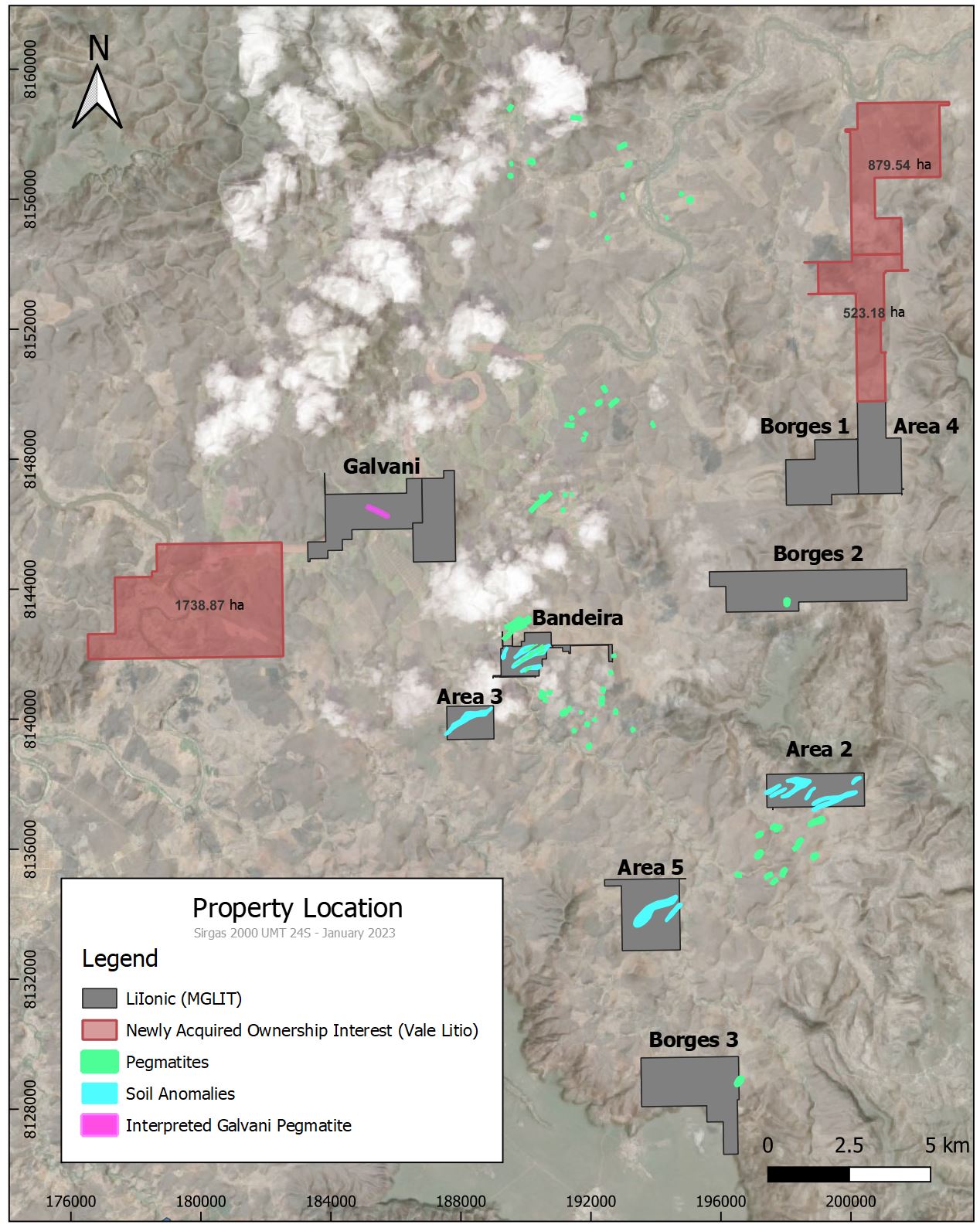 Lithium Ionic may terminate the Agreement at any time without incurring any additional financial penalties.

The transaction is an arm’s length transaction for the purposes of the policies of the TSX Venture Exchange (“TSXV”) and qualifies as an “Exempt Transaction” under TSXV Policy 5.3. Lithium Ionic is not paying any finder fees in connection with the transaction.

Lithium Ionic is a Canadian-based lithium-focused mining company with properties covering ~3,600 hectares located in the prolific Aracuai lithium province in Minas Gerais State, Brazil, which boasts excellent infrastructure, including highways, access to hydroelectrical grid power, water, and nearby commercial ports. Its Itinga and Galvani claims are located in the same district as the lithium-producing CBL mine and construction-stage Sigma Lithium Corp.’s large Barreiro and Xuxa lithium deposits.

The technical information in this news release has been prepared by Carlos Costa, Vice President Exploration of Lithium Ionic and Blake Hylands, CEO and director of Lithium Ionic, and both are “qualified persons” as defined in NI 43-101.

Neither the TSXV nor its Regulation Services Provider (as that term is defined in the policies of the TSXV) accepts responsibility for the adequacy or accuracy of this press release.

For inquiries or corrections to Press Releases, please reach out to GlobeNewswire.
✕
× Close Ad