ATLANTA, June 6, 2022 /PRNewswire/ -- Today, Allen Media Group--parent company of The Weather Channel television network--named Tony Leadman Executive Director of International Distribution. In this new role, Leadman is responsible for developing and leading a business unit that will distribute The Weather Channel's hit original programming, such as Frozen Gold, Uncharted Adventure and The Earth Unlocked to broadcasters and content platforms around the world.

"Tony Leadman is highly accomplished and respected in the international broadcast industry," said Byron Allen, Founder/Chairman/CEO of Allen Media Group. "With his extensive experience in media, sales and marketing, we are confident Tony will help us achieve our international programming initiatives and goals."

Prior to joining The Weather Group, Leadman was the architect of CTV and Bell Media's international program distribution business. He was responsible for numerous international co-productions, commissions and licensing deals securing millions in annual revenue. Before his time with CTV and Bell Media, Leadman was the Canadian Executive Manager of MGM Studios television division. During his tenure with the MGM Studios, he managed the distribution business and secured the Canadian financing of the hugely popular Stargate SG-1 series as well as Poltergeist.

"The Weather Group ownership and management consist of hugely talented and committed people. I am absolutely thrilled to be part of this team and to spearhead our international plans," said Tony Leadman, Executive Director of International Distribution for The Weather Group. "We intend to form partnerships and supply agreements with the world's major broadcasters and producers. It's exciting to be joining a progressive team as The Weather Channel continues to innovate and adapt their primetime programming."

About The Weather Channel

Since its launch 40 years ago, The Weather Channel television network has become the top-rated and most widely distributed weather network in America. The Weather Channel has been voted the most trusted news brand in America for 11 consecutive years, and the fifth most-trusted brand overall. The Weather Channel television network has been the leader in severe weather coverage, providing the most comprehensive analysis of any media outlet and serving as the nation's only 24-hour source of national storm coverage. With trusted meteorologists who analyze, forecast and report the weather, its expertise is unrivaled. In 2021 and 2019, The Weather Channel won Emmy Awards for its innovative Immersive Mixed Reality technology which is changing the standard in weather presentation. The Weather Channel CTV app is available on Amazon Fire TV and Android TV and will be coming soon to Roku, Samsung Smart TV, Vizio, and Xfinity Flex. For more information visit: www.weathergroup.com. 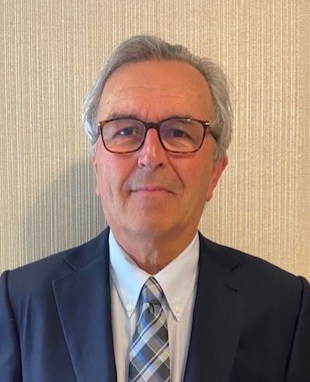